According to the latest results of the End of Year Survey conducted since 1979 by research institutes belonging to the Gallup International network, 43% of the world population believes that next year will be better than last year, 24% that it will be worse and 26% the same. BVA Doxa is part of the GIA Network and responsible for data collection in Italy. Carried out in more than 40 countries and based on over 38,000 interviews, the research reveals that despite the general optimism shared by the world population for the next year, the same does not entail for the economic situation. More than half of the world’s population, however, consider themselves happy.

There are several insights on the economic predictions too: the harsh world crisis caused by the coronavirus led 46% of the population believing that next year will be economically difficult. However, a quarter of the population (25%) believes in economic prosperity, and another 24% think that, economically speaking, 2021 will be the same as the year we leave behind.

EUROPE AND ITALY – If we look at Europe, data are in line with those shared worldwide: 57% do not say they are optimistic about the future economic situation, a share that is even greater in Italy. Despite this, 17% of the population in Europe believe that 2021 will be characterized by economic prosperity. And what about Italy? Even if most Italians are not optimistic about next year in general, 28% say that 2021 will be similar to last year and 21% say the same regarding the economic situation.

CITIZENS STILL CONSIDER THEMSELVES HAPPY – Despite the economic pessimism, to be referred above all to the crisis experienced last year due to the coronavirus, another finding seems to rebalance the tone: more than half of the world population considers themselves happy (54%), and only 14% feel unhappy. The European population also shares the same position: 49% feel happy and only 13% unhappy. In Italy, the share of the “unhappy” is even lower than the world and European populations, reaching 7%, with 40% of those who consider themselves happy. 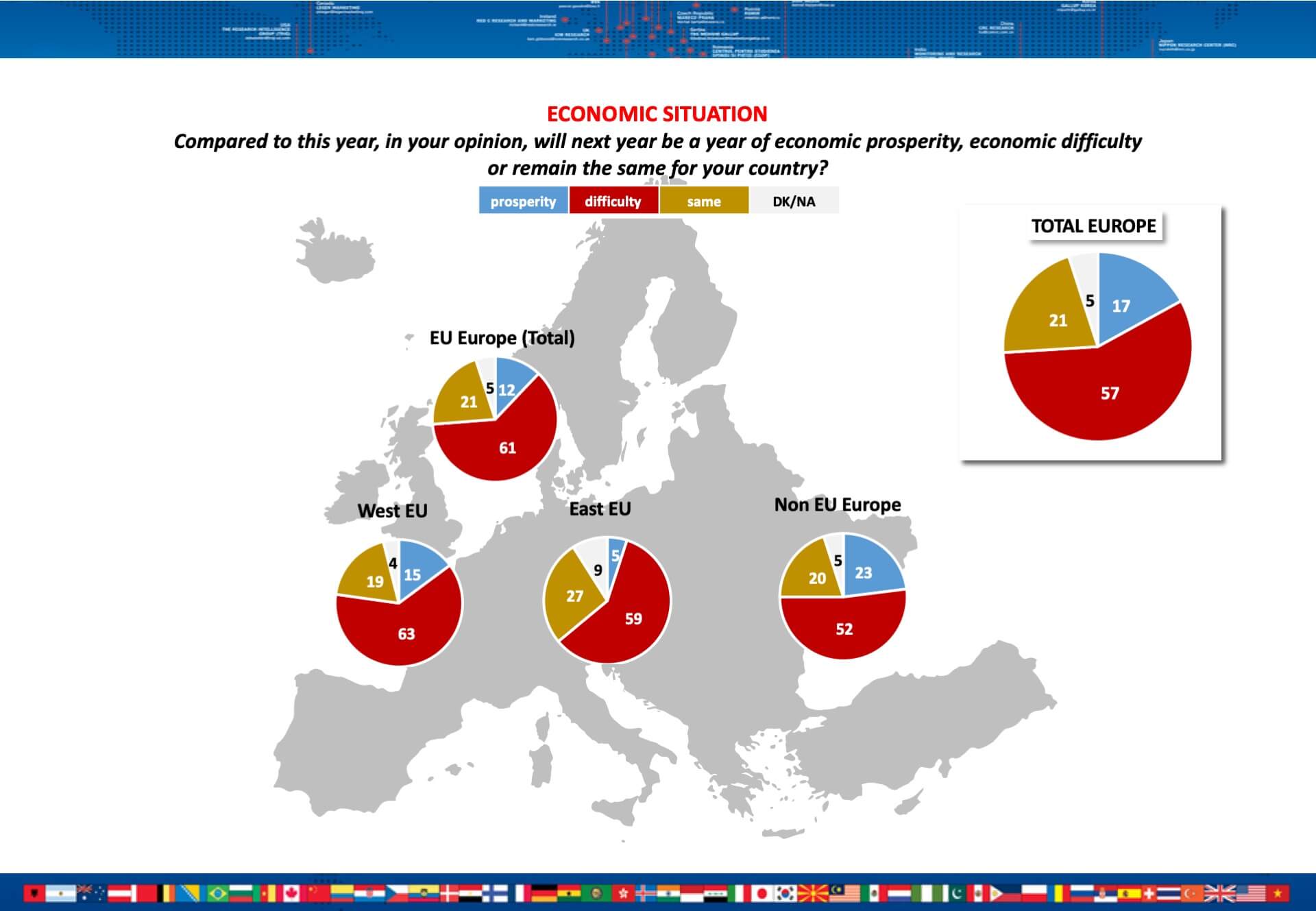 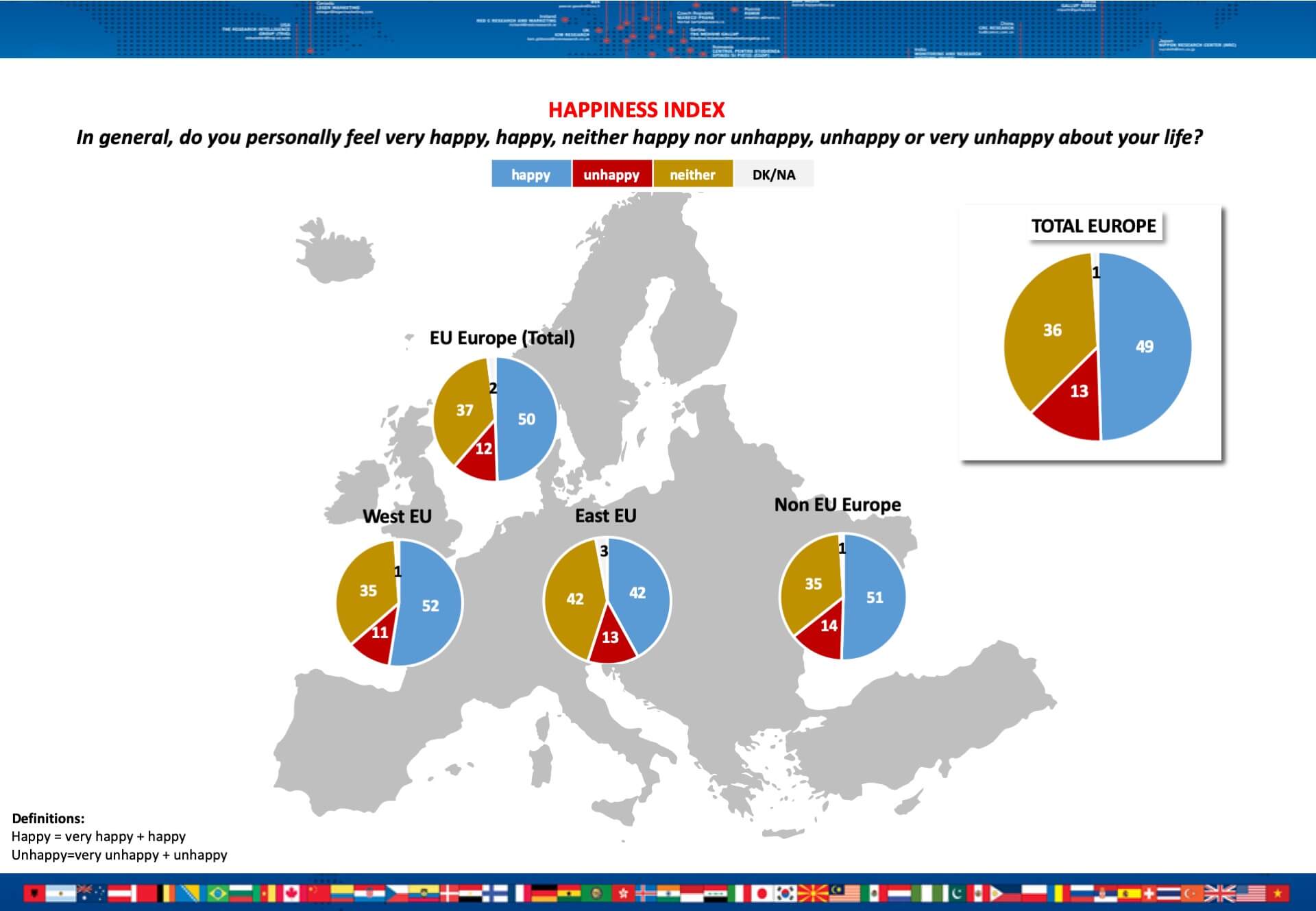